John T Adams
John T Adams
I was 16 when my mother was fortunate enough to land a job in the Post Office located in the American Pavilion at Expo 67.  Habitat 67 was in the neighborhood and it was then and there I was, unwittingly, exposed to Brutalist architecture some years before its decline; we lived 50 miles away in Champlain, New York, and she made the trip daily.

According to Wikipedia: “Habitat 67, or simply Habitat, is a model community and housing complex in Montreal, Canada, designed by Israeli/Canadian architect Moshe Safdie. It was originally conceived as his master's thesis in architecture at McGill University and then built as a pavilion for Expo 67, the World's Fair held from April to October 1967. Habitat 67 is widely considered an architectural landmark and one of the most recognizable and significant buildings in both Montreal and Canada.”

I can tell you without fear of contradiction that there is nothing like it between Montreal and New York City.   I think it’s beautiful and I’m “borrowing” its geometry for this body of 2D work.
Expo67-My First Exposure to Brutalist Architecture 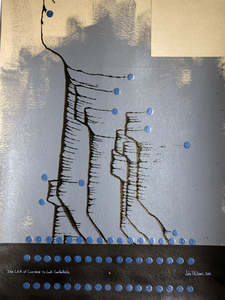 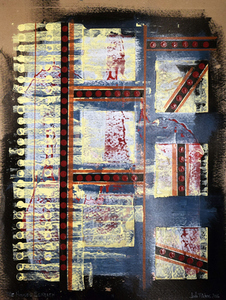 The Houses Beneath
2016
Acrylic paint, copper leaf and paper tape on Ram Board
30"x22" 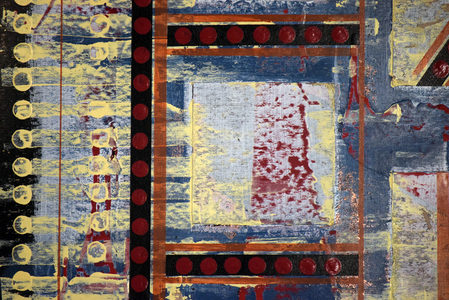 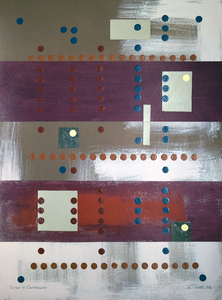 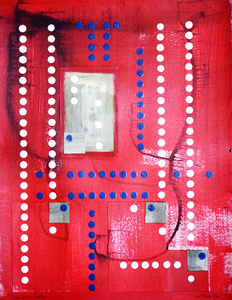 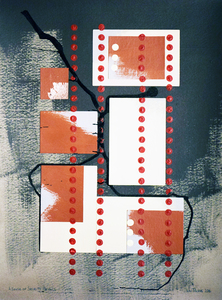 A Sense of Security Prevails
2016
Acrylic paint, ink and copper leaf on Ram Board.
30"x22" 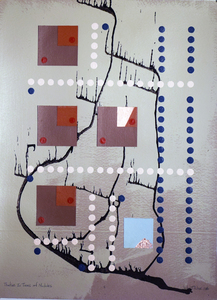 Thinking In Terms of Modules
2016
Acrylic paint, ink and copper leaf on Ram Board
30"x22" 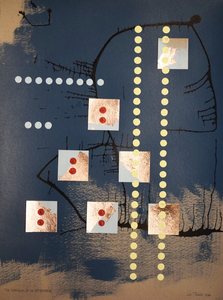 The Expression of An Atmosphere
2016
Acrylic paint, copper leaf and ink on Ram Board.
30"x22" 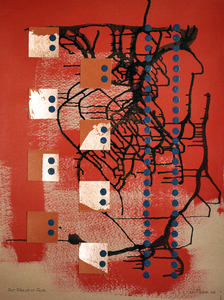 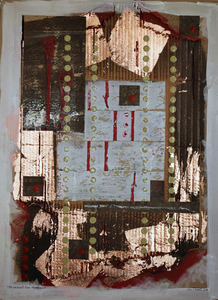 The Descent from Modernism
2016
Acrylic paint, gesso, copper leaf, ink and cardboard on Ram Board
30"x22" 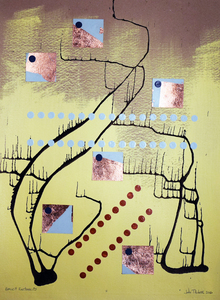