In some music, pairs of phrases of the same length sometimes appear to correspond to each other.  The first phrase gives the impression of asking a question and the second phrase of answering it.  Think of an average dialogue when someone says one thing and someone else responds to it.  The response can fall somewhere between complete agreement to complete disagreement.

When confronted with an eight-acre field of snow to carve lines into the question of mechanical exertion and the operational definition of time spent on the tractor will be answered by the calendar and rising temperature.   It’s up to the observer to decide exactly where between complete agreement and complete disagreement the response falls.
Land art-"An Answering Phrase" 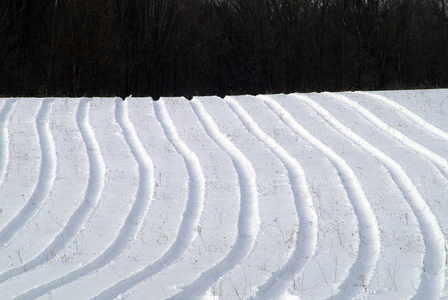 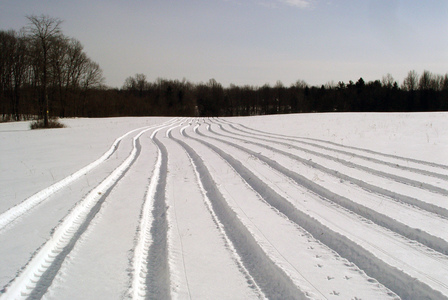 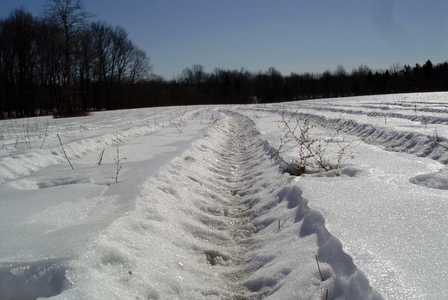 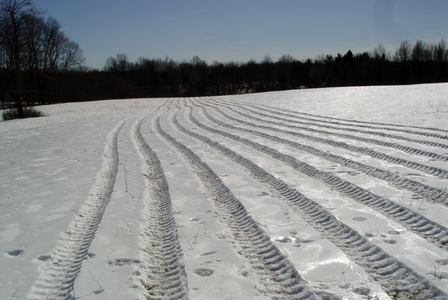 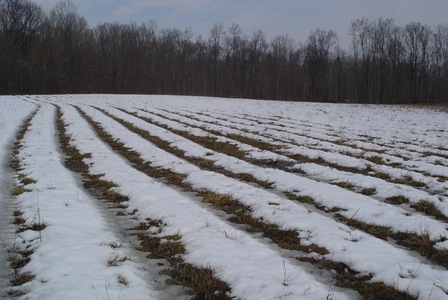 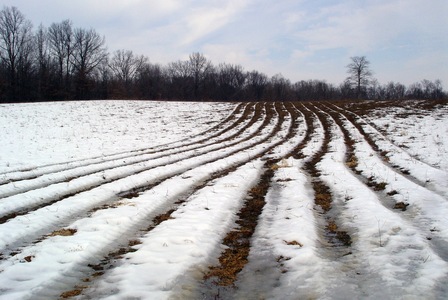 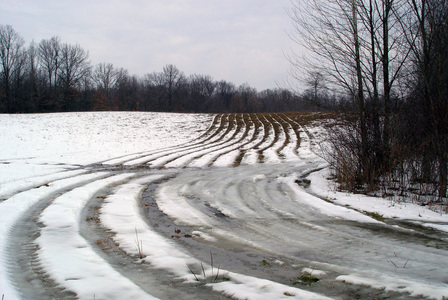 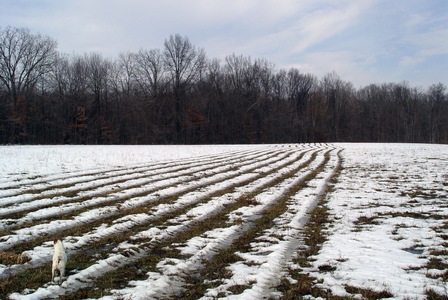 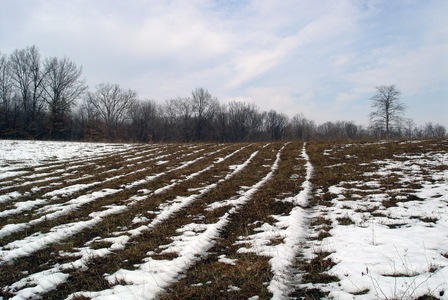 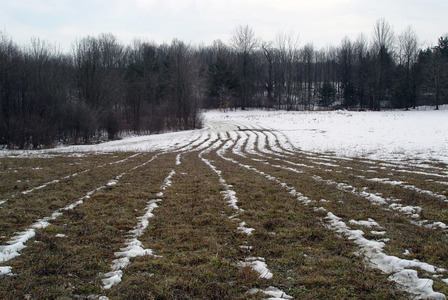 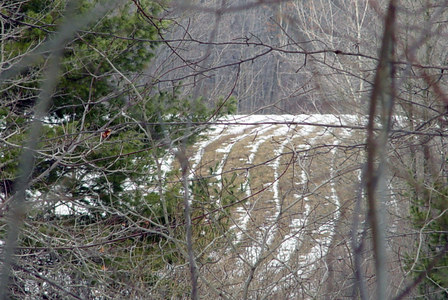